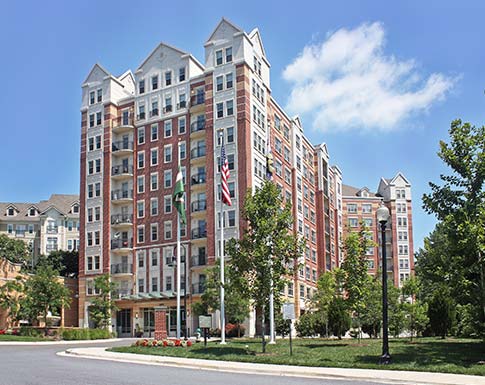 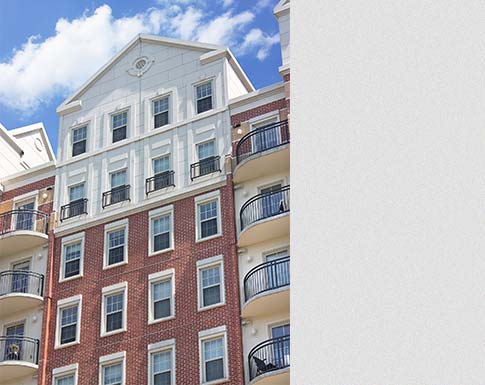 Smith-Midland Corp., Midland, VA, completed the largest SlenderWall project produced to date—the ten-story, 274-unit Jefferson at Inigo's Crossing in Rockville, MD, was built with SlenderWall which reduced the cost and duration of the construction project while allowing the new structure to blend in with existing residential buildings located nearby. The project utilized 106,000 sf of architectural cladding which featured our proprietary finish —APCB, a stained architectural precast concrete brick—instead of the hand-laid brick and traditional heavy architectural precast as originally designed. The building also featured a “buff-colored” architectural precast concrete limestone finish. As you will note from the photos, SlenderWall accommodates multiple finishes in the same panel. The panels at the top of the building are load bearing and support the load of the roof.

SlenderWall was largely chosen because of the ability to combine the aesthetic qualities of a Class-A brick look with the advantages of a precast panel system. The low-maintenance precast panels weigh substantially less than either traditional precast or brick, with the interior stud wall incorporated into the SlenderWall panel. Additionally, unique features of SlenderWall make the product stand out as being the most cost-effective choice.