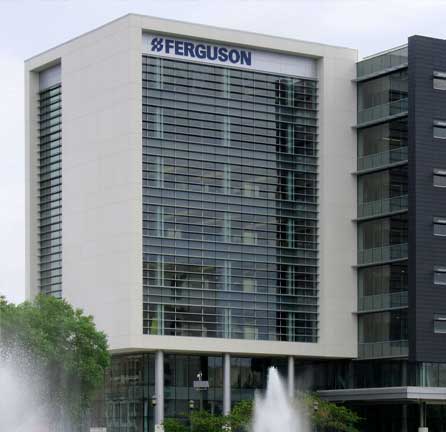 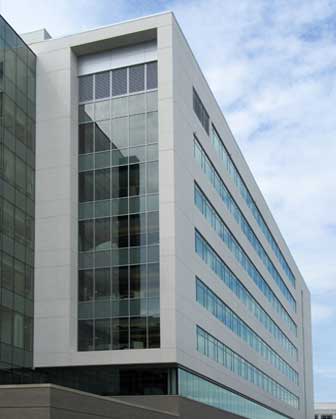 Rising above the fountained lake at the City Center at Oyster Point, Newport News, VA, the new Ferguson Enterprises HQ3 is reminiscent of a grand ship sailing out of Hampton Roads.

Ferguson Enterprises is the nation’s premier wholesale plumbing supply corporation. Based in Virginia for more than 60 years, Ferguson has 14,000 retail locations nationwide, with over 27,000 associates and $18B in revenues.

Winning project of the ABC of Central Virginia (Associated Builders and Contractors) 2020 AWARD FOR SPECIALTY CONCRETE.

“The prestige of this project and the design standards to be met are perfectly aligned with the path we have chosen for the future of our organization and the growth of the SlenderWall product,” said Smith-Midland CEO Ashley Smith.