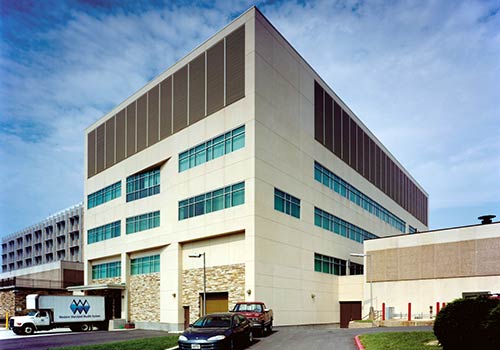 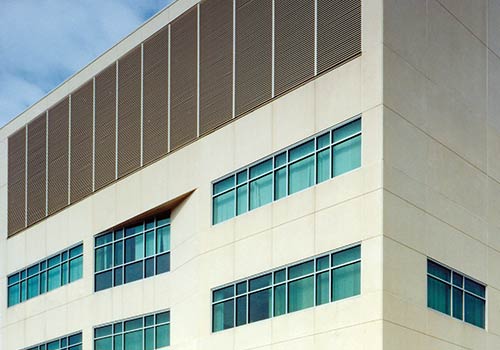 A thermal imaging test was performed on SlenderWall panels installed at Sacred Heart Hospital in Cumberland, MD to observe temperature patterns along the panel surfaces. The panels were produced and installed under contract to Smith-Midland Corporation in 2003. Infra-red photographs verified that SlenderWall's embedded stud anchors were not thermally detectable and that a temperature differential of only 1°F to 1.5°F existed between the framing studs and the architectural precast concrete surface. Overall, the infra-red patterns validated that the SlenderWall panels performed extremely well and "as designed."