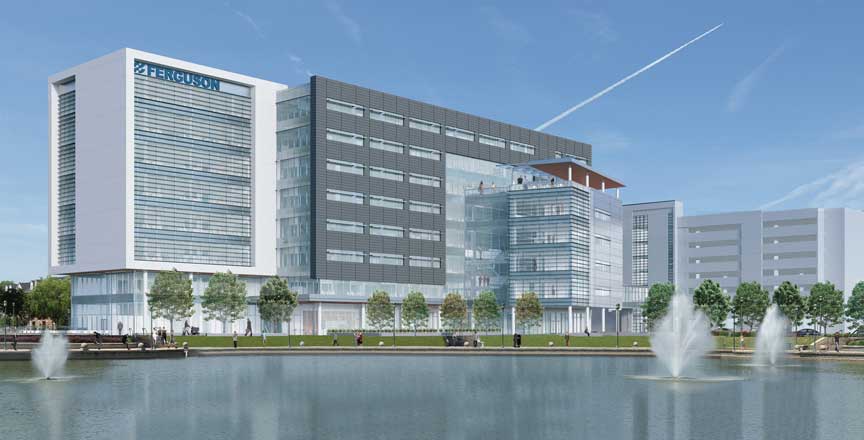 The precast concrete SlenderWall panels will include 3.5” of factory installed closed-cell foam insulation to provide an R-24 thermal rating for the exterior cladding. Smith-Midland will also produce over 8,000 sq. ft. of traditional architectural precast for the project, as well as several custom made landscape elements.

“The prestige of this project and the design standards to be met are perfectly aligned with the path we have chosen for the future of our organization,” said Smith-Midland CEO Ashley Smith. “SlenderWall is continuing to gain momentum, providing us an increasing opportunity for growth.”

The panel production will fill the architectural plant schedule at the Midland, VA facility for approximately 4-5 weeks in mid-summer. Delivery of the first panels for the new HQ3 building is slated to begin in late July 2019.